What is art to me 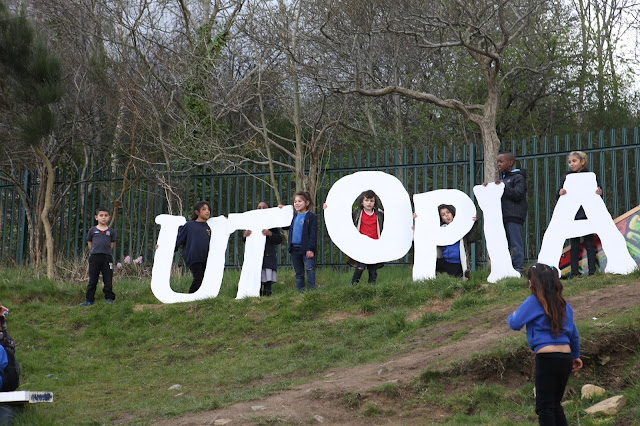 Art can be culturally specific and a common shared experience between different members of a group or community, where it is informed by cultural context. It is a form of communication, that conveys personal, spiritual, political, social or subliminal messages and ideas. It can be purely aesthetic to or a combination of communication forms and intentions.
It is a means of communicating thought, asking questions, feelings, pleasure, protest and other strong emotions. It can also serve to empower disempower, include or exclude, promote shared values and community cohesion. Art in all its forms can mean many things and can be created for ill or the greater good. This is no more evident than in the way art has been used for political propaganda, with State parties at times knowing of and misusing the power of art. An example being of Hitler, who enforced his Nazi artistic values in Nazi Germany. The Enabling Act 1933, provided him with the door to do this, from which he created the Reich Chamber of Culture headed up by Joseph Goebbels. 42,000 artists were given government approval to be artists under this organisation and they were required to adhere in their art to Nazi propaganda requirements.  The Gestapo making surprise visits to art studios to ensure that they were doing all that was required of them by way of creating art to the prescription of the Nazi state.
Art like play should be freely chosen, it should be liberating and in Pitsmoor Adventure Playground, we are highly committed to art in all its forms as a means of communication, creation, imagination, challenge and enjoyment.  We have undertaken numerous art projects, some spontaneous, others planned for in adherence to children’s and young people’s wishes and all have been extremely enriching.
Our most recent planned for art project entailed, exploring utopia and what utopia is and means for each individual and the collective whole. This was poignant, also for the fact that this commemorated the frame narrative of Thomas More’s Utopia, in what was its 500 year old anniversary.
The Pitsmoor Adventure Playground Utopia project was a connected communities’ initiative, supported by Sheffield University and the Arts and Humanities Research Council. It proved to be a huge success and facilitated reflection and joint visioning and imagining of what utopia means to children and how they might further develop and extend upon, with the support of adult, including skilled artists and academic facilitators and adult play experts, their own shared utopia in the Pitsmoor Adventure Playground . At all times being helped to be grounded in the fact that each and every one of them are play experts in their own right and experts of their daily lives. It enabled the children, young people and their families to consider what society, community and belonging means and how community cohesion is formulated and sustained and they came to see that Pitsmoor Adventure Playground epitomises what positive community cohesion is in action every day, as everyone there comes from every conceivable diverse background, while all holding common identities of living in Sheffield and being part of the British diverse family. In this learning and being process art is an integral element of being and playing and is a valued component of all we do in Pitsmoor Adventure Playground.
Patrick Meleady
Posted by spodsheff at 00:59